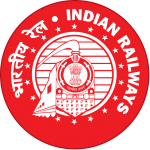 Every day there are around 22.53 million people travelling by Railways in India. You always wonder what is the current location of the train by which your family members or friends are travelling. They want to know if the train is delayed, if it will reach the destination on time or if they are changing the route during the journey. All such questions will be easily answered by an App launched by Indian Railways.

Indian Railways launched the NTES – National Train Enquiry System App.  The App offers real time status queries of all trains in India. NTES App is certainly a boon for the Indian commuters to know the location of train.

The app comes with some great features

In general we find the app is very user friendly and shares a great deal of information as demanded by the user. Though at times in remote locations where internet connectivity is slower the app performs at a sluggish speed. There is no option in the app for the user to check their PNR status.

When the trains are running on time the App works accurately but as soon as the trains run late the updated status of the train is not always accurate. Sometimes it takes a while to load the station of choice when using the app but it probably might be cause of slow internet connection. Those who don’t have android mobile they can check on website as well as IVR or SMS