Pollution levels are increasing at an alarming level lately in major cities around the world leading many thinkers and visionaries to look for other sources of cleaner and greener energy. Gasoline used in Trucks, Bikes etc which emit harmful gases unlike those running on electric power. With the sole reason to be able to offer more people the chance at a cleaner commute, Mahindra an Indian auto manufacturing giant is offering Mahindra GenZe 2.0, Electric Scooter to the US market. 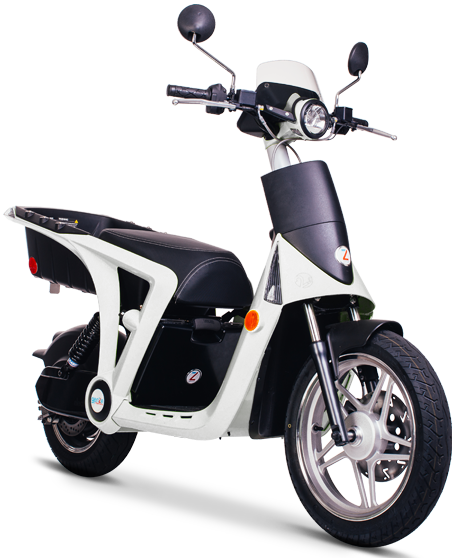 USA market is not new to electric powered vehicles infact they are popular as they emit no greenhouse gasses, they’re quiet, and they recharge as easily as your phone. Though they are expensive. There are a lot of other vehicles being offered in USA – Tesla Model S without including tax credits or five years of fuel cost savings starts at $75,00, Nissan Leaf starts at $29,010. High end electric bike like the Victory Empulse TT costs around $20,000. It needs one to be certain level of income level to own one of these machines. Genze 2.0 price is $2,999 for the US buyers and price in India would be Rs 2 lakh (approx)

Mahindra GenZe 2.0 comes with LED headlamps and a 7-inch Cruise-Connect touchscreen instrument panel, which not only shows speed and charge level, but includes subscreens with an eco-score, preferences and an onboard owner’s manual. It also requires a key and entering a PIN number on its touch screen to unlock the bike.

The bike has got three programmed driving modes :

Once you get used to the bike individual parameters like the on-board regenerative braking system and disc brakes at both wheels, to their liking for more aggressive performance or a better battery management.

The Mahindra GenZe 2.0 cruises at 48 Km/hr speed and gets about 48 Km per charge no matter what mode you choose to ride. The battery comes with a removable 1.6 KWh Li-ion SmartPack which is quite heavy. It comes with a padded handle which makes moving it to the nearest 110-volt outlet easier. Takes around three and half hours to fully charge the batteries. The seats of the bike are adjustable which makes riding easier and comfy for the rider. 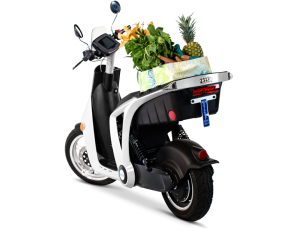 The Mahindra GenZe 2.0 come with the Zip-top Back Bay mounted behind the seat which can easily fit two large canvas shopping bags full of food. There is a charger built into the cargo bin for cell phones and laptops. It is pretty solid and silent like most electric vehicles though lacks speed it’s pretty fun to ride through the city.

The Price tag of $2999, it seems like Mahindra’s goal of putting an electric vehicle within reach of more people globally. Though this price is on the higher side for a electric two wheeler as compared to petrol bike in India.